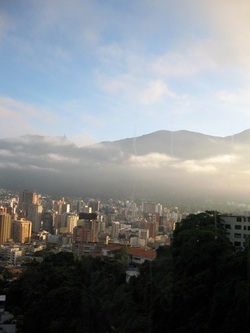 My teaching career started in undergrad at Wheaton College where I realized that when education is done right and appropriately, it can change lives.  After graduating, I was all set to move to Rubio, Venezuela to teach at an American International School.  However, at the time big changes were being made in the country politically.  Many ex-pats were moving out due to the instability.  The school I was in process to be hired at decided to close its doors.  So, I changed paths and moved to Los Angeles to work at a wonderful non-profit organization called the Bresee Foundation and later for Bridges which were both located in the heart of LA.  There, I lived in the same community where the youth were which gave me an advantage to learn from the people I wanted to serve.

After 5 great years in LA, I decided to pursue education stateside and get an amTEFL certificate through the American Language Institute program at SDSU.  I continued on with my M.A. in Reading & Language Arts.  In that program, I got a ton of clinical work experience in the Reading Clinic housed in City Heights.  Long story short after graduation, I found my way back to my original idea to teach abroad in Venezuela.  I ended up in an elementary school and was surprised with how much I enjoy kids!  Hence, 3 years later, here I am pursuing a CA multi-subject so I can make this all official in my hometown of San Diego! The future is yet to be realized on this great journey.
Powered by